Abraham is firstly known as Simmentaler cattle breeder (Toverberg Simmentaler Stud and Bar 5 S.A. Simmentaler Stud). In 1965 he imported Simmentalers from Namibia and in 1970 and 1972 from Germany. With the offspring from these cattle, he achieved great success as a breeder and at shows for 36 years. His path crossed with Ron Nolan from Canada in 1998, owner of the largest Simmentaler herd in the world. Ron was impressed with the Simmentalers he saw in South Africa, he and Abraham then started a "joint venture" by exporting embryos from South Africa to Canada. In Canada, the embryos were placed in recipient cows and the calves that were born there were sold at auctions. Abraham and Ron achieved great success on a global level with this cooperation agreement.

Abraham's other great passion is his Merino stud which he has built up since 1962. Strict selection has been applied over the years and only sheep that have performed under extensive conditions were used in the build-up and survival of the stud.

Genetics and breeding - from that point of view, what is the most important bee in a beehive? Of course the queen, that's why Abraham believes in the 'Queen bee' principle, the female side of breeding. 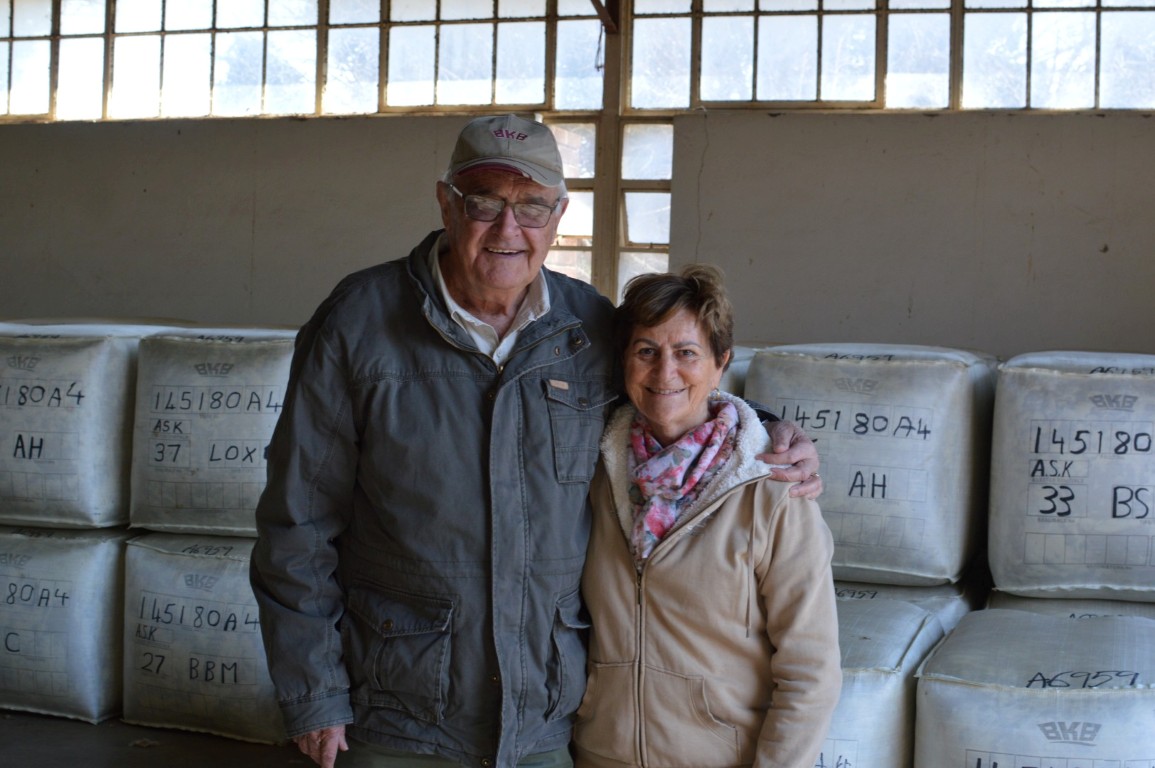 Abraham & Magda Kruger in the sheep shearing store at Toverberg. 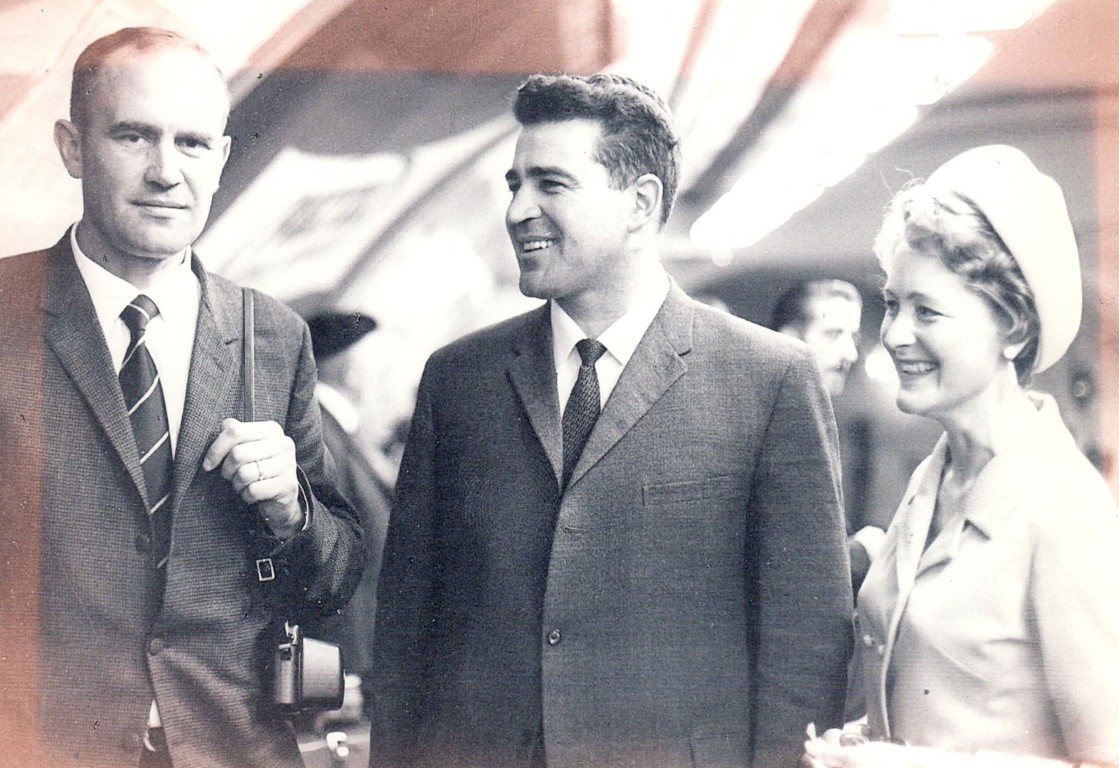 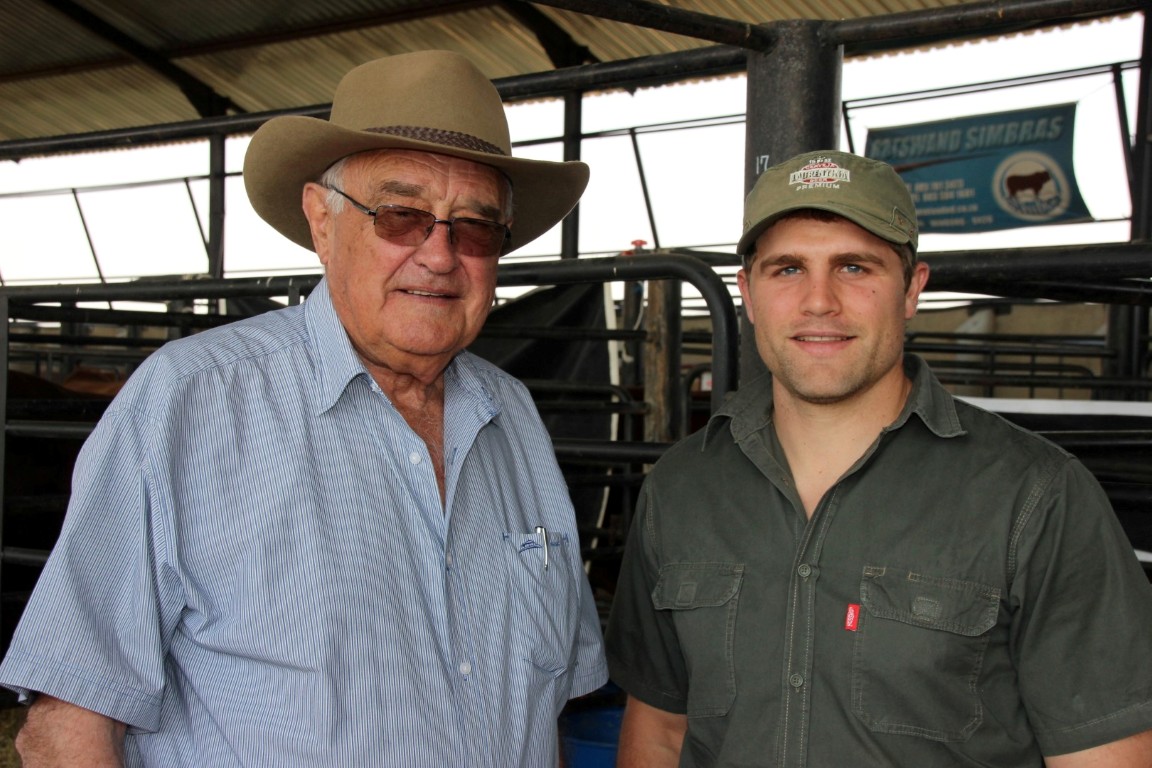 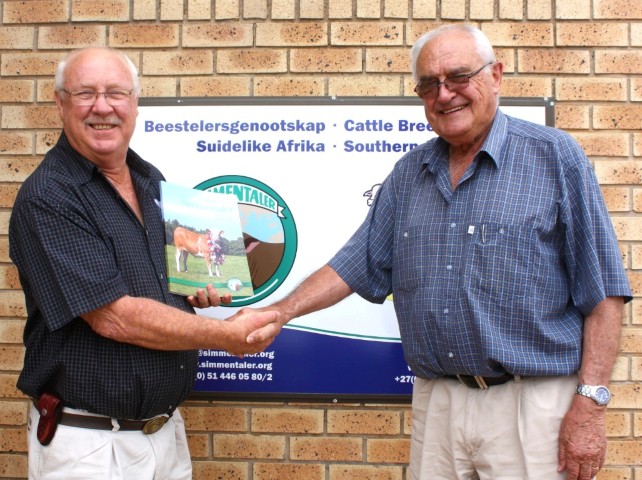 Receiving the first copy of the 2016 Simmentaler journal. 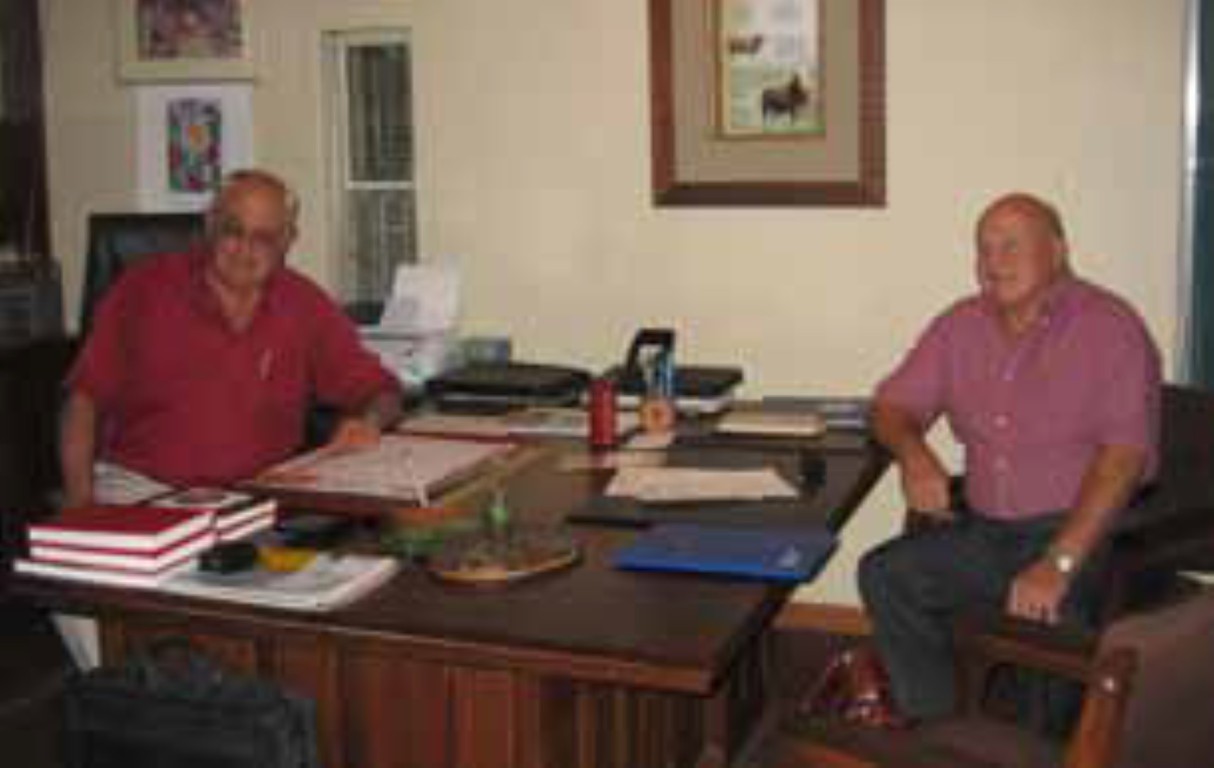