It all starts with good cows.

What is the most important bee in a beehive? The queen of course, that's why I believe in the 'Queen bee' principle, it's about the female side of breeding. You usually get one calf per cow per year, we got 15 with embryo flushing.

The importance of the cow in a breeding program is the same as the Queen bee in a beehive.

The Queen bees below are cows sold by Toverberg Simmentalers which made a huge financial impact on the buyers' herds. These cows' bloodlines have performed exceptionally well over and over again, and have even delivered some of the world's best stud bulls. 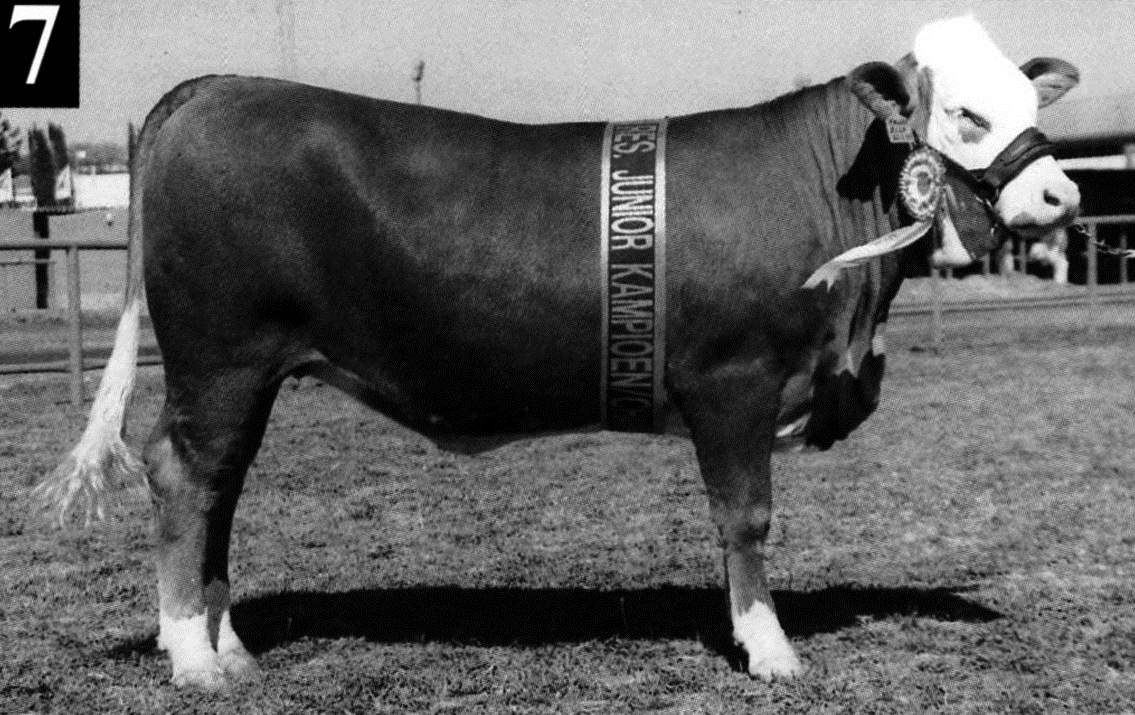 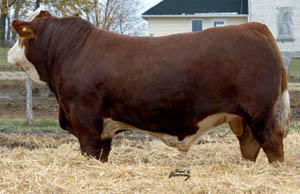 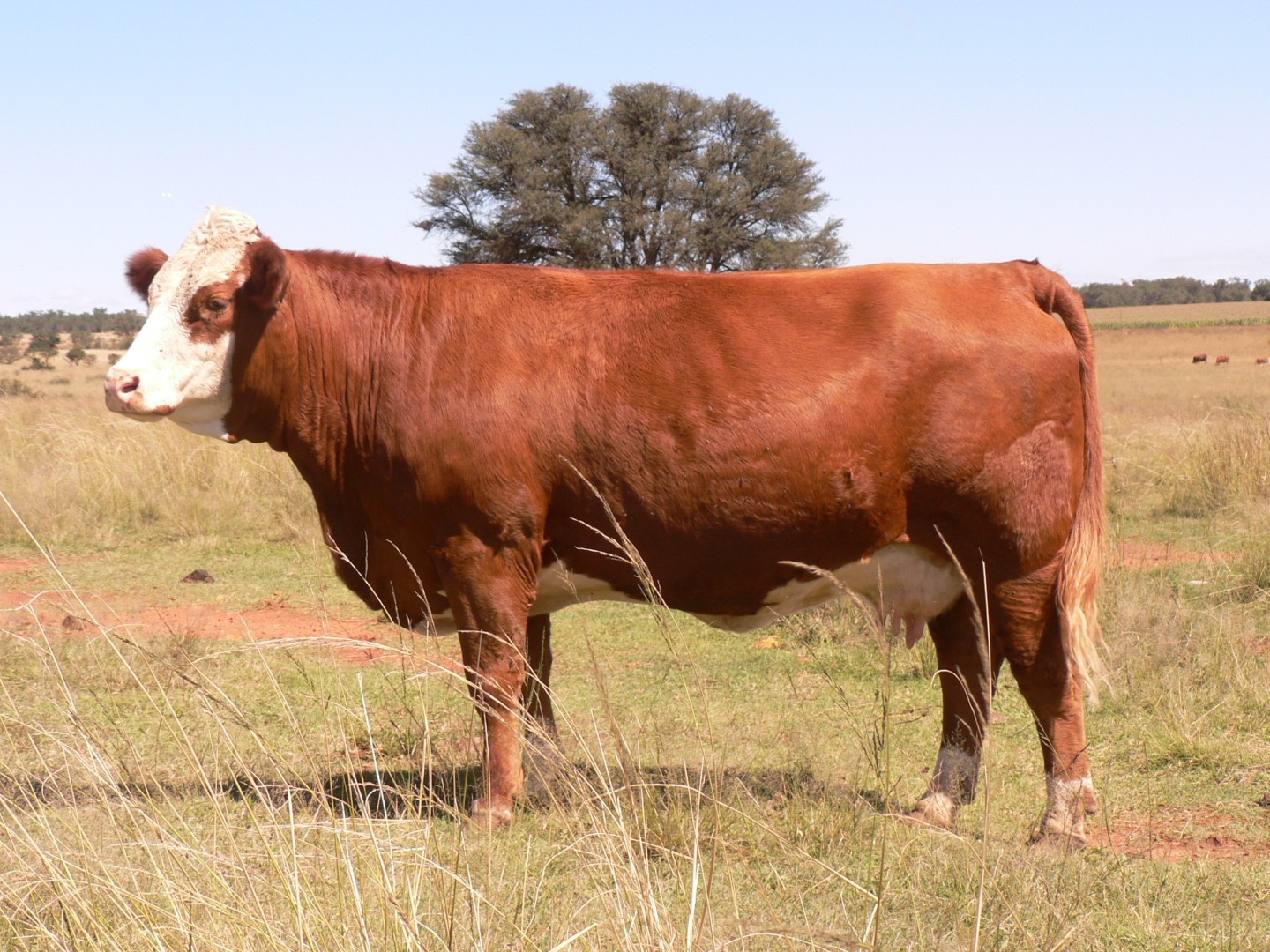 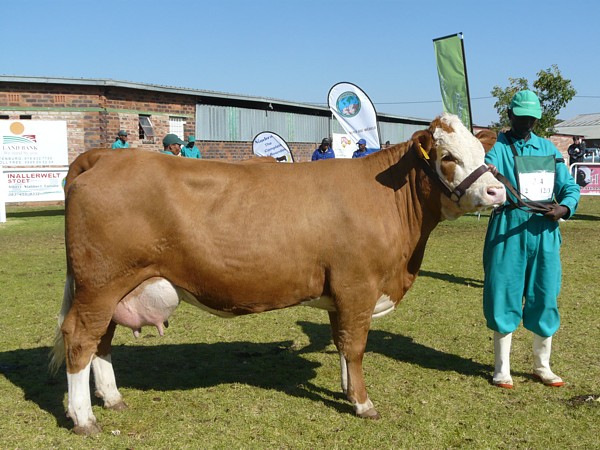 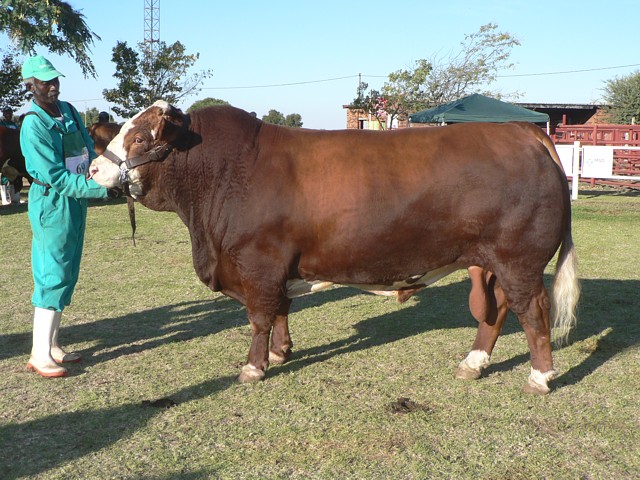 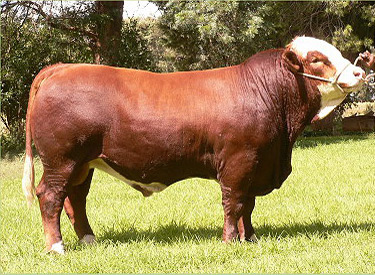 Toverberg Tombi was selected as the National Supreme Champion at the Pretoria Show in 2005 out of 450 Simmentalers. Tombi has been used successfully in the Leeupoort stud for 15 years. 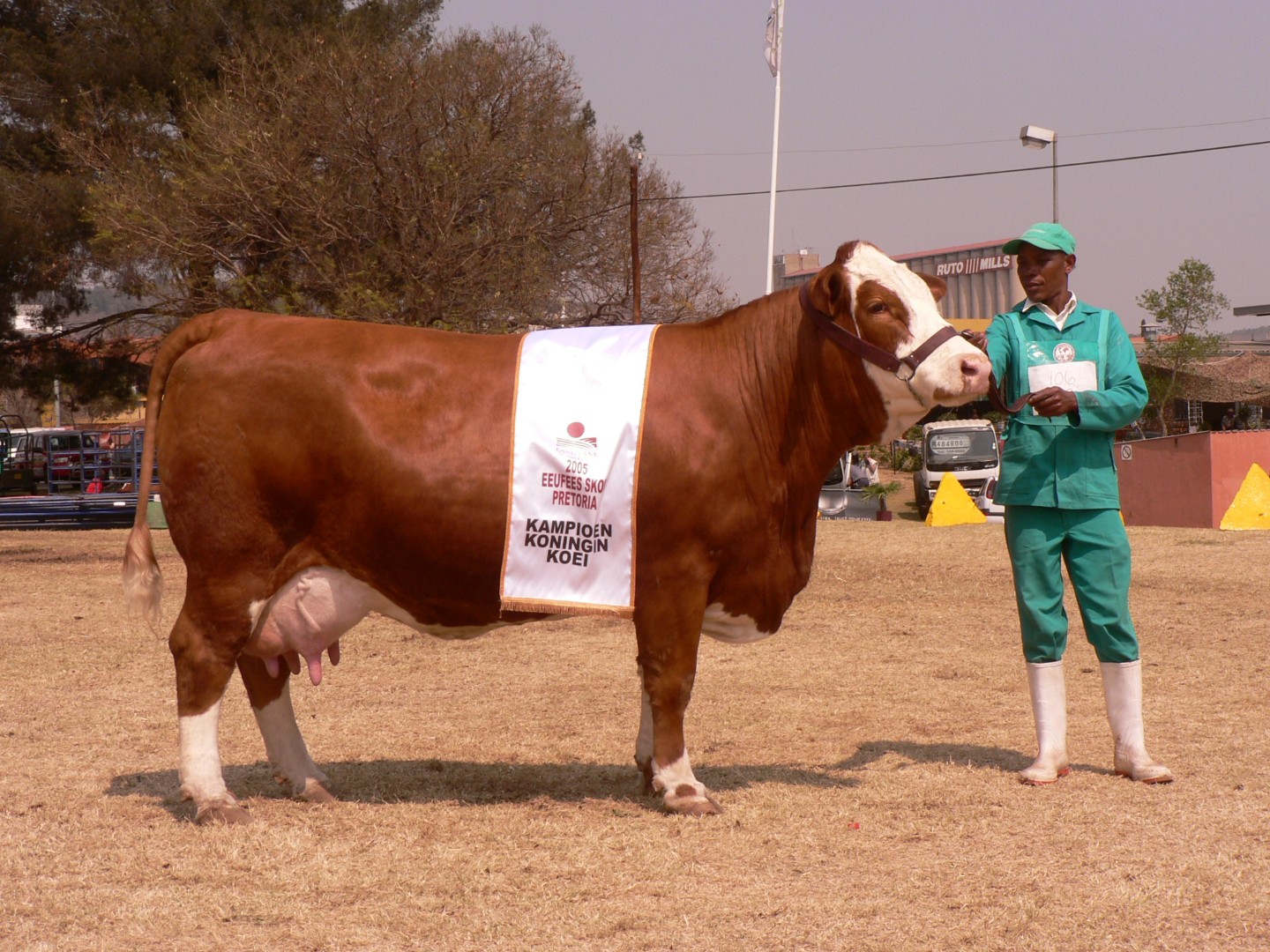 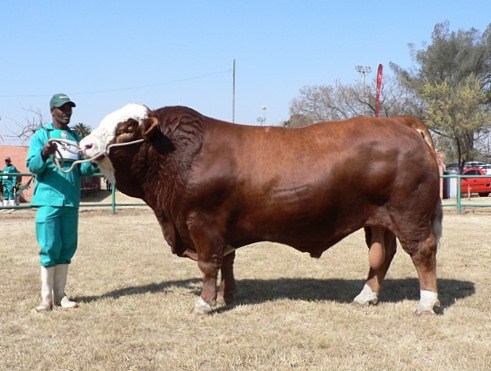 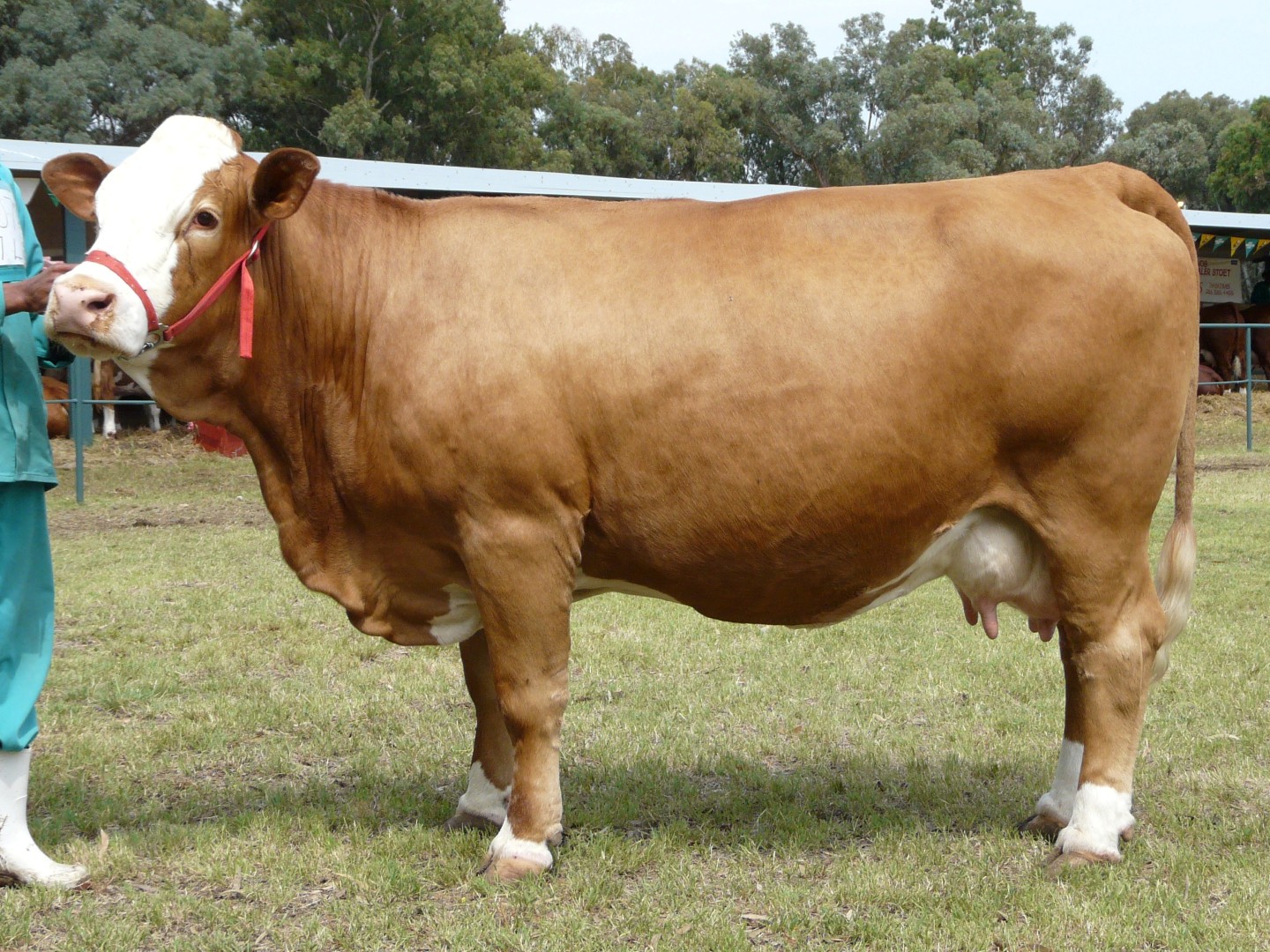